By Chuck GallagherOctober 26, 2019 No Comments

Were it not for a New Jersey appeals court panel, this case might have turned out decidedly differently than first adjudicated. It is a story of power and privilege and, I would add, a lack of ethical decision making. As both the victim and her rapist are 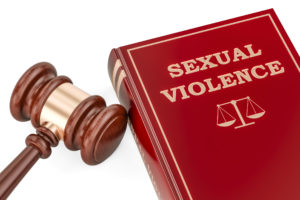 underaged, the story will not contain names.  Looks like it’s a case of ethics be damned.

The rapist was 16-years-old, but not so young that he didn’t understand what he was doing. The boy was at a party with a 16-year-old girl. She became intoxicated to the point of incapacitation. In fact, those who saw the video of her said they saw her body essentially “drooping” against a wall as the assault was taking place.

The boy who raped her made a video of her naked and being assaulted. He sent out the video of the assault and rape for many months after the assault. Within his world of friends, the assault video went viral. It was obviously not consensual and the girl’s family pressed charges.  As I said – apparently the rapist felt that ethics be damned 0r had no moral compass for ethics.

When the case was finally brought to trial in September 2017, the Monmouth County prosecutor’s office recommended the young man be tried as an adult, describing his actions as “both sophisticated and predatory.”

Here is where the scandal becomes insulting as well as abusive and why I say it’s ethics be damned. The family court judge of the Superior Court wrote:

“He is clearly a candidate for not just college but probably for a good college… the young man comes from a good family who put him into an excellent school where he was doing extremely well.”

This (naturally) outraged the girl’s family and an appellate court reversed the family court judge’s decision. The appellate court (according to Fox News, July 3, 2019), “sharply admonished the judge and warned against showing bias in sexual assault cases toward privileged teenagers.”  Guess the judges attitude was privilege before punishment or ethics be damned.

The case is now likely to be retired.

What was the Ethical Message – Ethics Be Damned?

In numerous cases of this nature, wealth and privilege have always won out. The privileged have always been differently judged. Clearly, when an overlay of race has historically been applied, the mantle of privilege was further enhanced.

In this case, while the race is ostensibly not a factor, a “good school,” the promise of a good college, money, a “good family” and power all played into the initial decision to not try the boy as an adult. The young girl is thrown to ridicule, shame and scandal as the boy (now a man) were expected to go through life without consequence.

My first observation is that he did not “come from a good family,” but a family who all but disowned the notion of teaching him ethical behavior. They undoubtedly attempted to reach out to the girl’s family. Did they offer her cash to pay for her counseling? Did they try to blame her?

The boy seized on an opportunity and his needs were for sex and power. However, I would submit it went beyond that point. He was punishing the girl, maybe all women, and he was more than happy to use her for his own purposes.  That is ethics be damned!

The judge, the family, and the boy may have rationalized all of this by the oldest rationalization in the books, of “boys being boys.” It does not work anymore, and I would submit that it never worked from an ethical point of view.

In the end, the consequences of this case will affect the boy’s life more than the boy or his family are willing to admit. The family will be on trial with the boy and will the boy’s now, tarnished future.

White-Collar Crime Who’s the Guy Sitting Next to You?

White-Collar Crime Who’s the Guy Sitting Next to You?