By Chuck GallagherMarch 30, 2013 No Comments

Refreshing…that’s what I would call the recent article written about Adam Grant at the Wharton School by Susan Dominus for the New York Times. 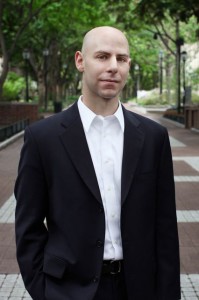 Productivity and Success gained by giving seems to be Grant’s formula and smacks of a positive ethical foundation that can be emulated. While I would never claim to be at Grant’s level as a business ethics speaker, I do know a thing or two about giving more than you might expect, even if you expect anything at all. There is great value in giving, and I believe it starts the universal process of the law of attraction.

In my role as a business ethics speaker I have the opportunity to meet many people in different professions and in different walks of life. I routinely get to meet the three kinds of corporate personalities that Dr. Grant talks about: Givers, Takers and Matchers.

I remember a rather interesting example from a small R&D team at a consumer products company in New Jersey. This story was told to me by someone who had worked in the department.

For the most part, it was a culture of taking. At the technician level there was a man whose prized possession was a stack of business cards and Rolodex contacts. These were invaluable contacts at various suppliers who possessed technical information, specifications and expertise relating to product development. The man, whose name was “Al,” was very stingy with his stack of cards and contacts. In fact, if one of the other technicians approached him for advice or a contact, Al would always plead ignorance.

“I don’t know,” was his stock answer, or when he was feeling more magnanimous, he would respond: “What’s in it for me?”

Al had a part-time technician assistant I will call “Betty.” Betty would drive Al crazy, because she also had a stack of cards from dozens of vendor visits. She would freely give out information to anyone who asked. While her degree of technical expertise was not as great as Al’s, she was an approachable person and forever willing to help.

Finally, there was another product development technician in the department named “Dan” whose experience matched Al’s. Dan was an amalgam. He was neither a giver nor a taker; his way of going through life was: “I’ll give you information if you test this and that, or research such and such.” Betty was assigned to Dan for the other half of her hours.

The R&D lab was, in fact, nearly the perfect test case for Professor Grant’s theories of giving, taking and matching.

I will cut to the chase and tell you that the company would eventually go out of business, so there are no stories of wealth flowing from Al’s work, Dan’s work or Betty’s able assistance. Maybe in knowing the fact that the three workers I mention are no longer employed at the company provides a good backdrop to the corporate struggles.

A Chance to Be Ethically Great

The three workers I mentioned all had a chance to build something good, honest and decent. They knew the score from the beginning. The vice president was not a very nice person; he was the classic cigar chomping, hard driving, “let’s make a deal” type of character you read about – except I’ve been told he did not chomp cigars. His group manager could have chosen to give to his people, but did not. His eyes were on higher prizes and his aspirations were aimed at the lofty heights achieved by the vice president.

But here is what happened:

Al and Dan would lock horns time and time again. The group manager would keep assigning them projects and the projects would drag on forever. Al was always withholding information valuable to the project, and Dan would always expect favors every time he did something. Therefore, collaboration ceased. Betty bounced between the two.

Al grew angry at Betty for sharing information with Dan and Dan grew impatient with Betty for her willingness to give and not get.

In fact, projects that needed conclusion within a month could extend to six months or more and always over budget. Records and documentation were not shared. But far worse, everyone dreaded coming to work.

The R&D Laboratory was, in fact, the perfect laboratory for Dr. Grant’s theories.

When the company started to wobble, the vice president decided it was time to take a very early retirement. He had taken so many favors from so many people over the years; other companies were unwilling to hire him no matter how hard-charging a reputation he had acquired. His project manager never realized the aspirations for higher power; he had associated with the big-shot taker, making him a taker “by extension.” Since he was always late with projects because of his underlings never being able to work with one another, he eventually left the company to become an independent consultant.

However, it was within the department itself where the true meaning of Dr. Grant’s work was realized. Like two people struggling in quicksand, Al and Dan would fight until the bitter end – and both lost their jobs. They would go on to other things, most probably repeating their same behaviors.

I will end on a positive note. Betty would devote her work life’s work to a charity that gives to people. She was a giver then and still remains so. What would have happened, I wonder, if she had been the vice president?

DO YOU KNOW OF SIMILAR STORIES?  If so, please share so readers can see the parallels and perhaps we can all learn from what works and what doesn’t!

Forget Ethical Lapses? Tiger Woods Winning Erases All or Does It?

Forget Ethical Lapses? Tiger Woods Winning Erases All or Does It?