Ethical Lapses and Matters of the Heart – Why Top Execs Fall!

You can stand on a three legged stool…but only if all the legs are attached.  Apparently it’s easier to connect those legs when matters of the heart are present in ethical lapses. 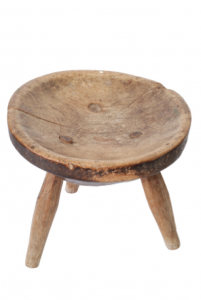 Best Buy CEO Brian Dunn, who resigned after an investigation found he violated company policy by having an inappropriate relationship with a female employee.

Mark Hurd resigned from his post as CEO of Hewlett-Packard Co. after the company launched a probe into allegations that he sexually harassed a former marketing contractor.

And, of course, who hasn’t heard that CIA Director David Petraeus had resigned over an extramarital affair.   “Such behavior is unacceptable, both as a husband and as the leader of an organization such as ours,” Petraeus said.

So what motivates otherwise smart people to make dumb decisions that have life changing implications?  It seems like all the “smart thinking” in the world goes right out the window when it comes to how one thinks when dealing with issues of the heart.

In a recent article, William Sannwald, a professor of business ethics at San Diego State University, said there’s no easy way to explain why executives continue to be ensnared in these sorts of ethical lapses.  “It just happens, and perhaps it’s the power that comes with the position that makes them feel that they can be above scrutiny,” he said.

Perhaps it’s more than just position that contributes to the fall of smart people.  If you look at any ethical failure there are three components that always are present in some form or fashion.  Need, Opportunity and Rationalization.  If one component is missing the ethical lapse fails 0r you can’t stand on the stool.  What was Dunn, Hurd or Petraeus’s need?  Perhaps position and power do provide a certain level of opportunity the average person lacks.  Lastly, how did they rationalize their behavior?

The last question – dealing with rationalization – is the question that causes the most concern.  I can meet a need through taking advantage of opportunity.  I can sleep at night during an ethical lapse if I can rationalize behavior.

Ethics in the workplace is a serious matter…but talking about it doesn’t have to be “business as usual”!  As a business ethics speaker, author and consultant, I find that the most valuable component of training employees in the workplace is helping them understand when “rationalization” kicks in.  When that happens, the grease is applied to the slippery slope of unethical behavior.