Diederik Stapel – When a Lie Becomes Reality – by Mary Auda

By Chuck GallagherMay 3, 2013 No Comments

Mary Auda is my very good friend and someone I have worked with in many different capacities since 1998 (two years following my release from prison).  Mary is a guest blogger here and will co-author blogs with me from time to time.  This is her first as author on my new updated site.

“I was such a good liar.  It came natural to me.  I probably could have passed a lie detector test,” Chuck Gallagher shared with me in an interview I did with him as he was working on his book – Second Chances. 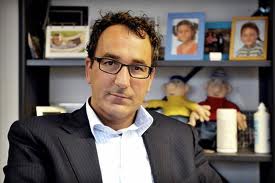 I sat there taking that in trying to comprehend the implications of such a belief.  That belief contributed to his ethical failures.  Could he have survived as long as he did without the capacity to lie?  It was completely opposite of mine where I have felt compelled to tell the truth even when not asked!!  In reality, we probably all have the capacity to lie.  But what happens when a person chooses to live with the mind of a liar and life emanates from that versus living life and a lie is the exception and does not define the person.

The New York Times printed a story by Yudhijit Bhattacharjee – The Mind of a Con Man, a great Story depicting the rise and fall of Diederik Stapel a respected, published and renowned research scientist in the field of Social Psychology.   His research was nothing but a fraud created by the outcome he desired.  It seems he was motivated by the need to be successful and respected without the “messiness of experimental data”.  “His lifelong obsession with elegance and order led him to concoct sexy results that journals found attractive.  It was a quest for aesthetics, for beauty –instead of truth. I read this article and as I read it I thought about Chuck’s story and how very strikingly similar these experiences were.

Chuck and Stapel were both motivated by success and ambition.  Those are admirable traits, but the traits became obsessions for them and each man defined their value and their worth on their achievements.  These obsessions led to choices that eventually would lead to their downfall.  What is fascinating is that the lies they lived became reality to them so they never saw themselves as liars or deceivers.  That is how one can think they can possibly pass a lie detector test – the lies are their reality.

Chuck often speaks about Need, Opportunity and Rationalization as it relates to the failure of ethics. Stapels and Chuck both had a need and that was to maintain an illusion of success and stability.  They each took that very first step into betrayal.  Each had a need to avoid the “mess” that not taking that step would create.  For Chuck, he was living beyond his means creating an illusion of success, stability and being perceived as a pillar in the community.    They each had enough control in their environment and had the opportunity to succeed at fraud without question for a relatively long period of time.  Their peers were invested in believing them although in both cases there were red flags.  Chuck’s partners in the accounting firm knew his income and what he brought to the table and they chose to overlook the dissonance between what they knew and how he was living.  In Stapel’s case, there were many times that he was suspected of fraud and yet they couldn’t reconcile that truth with the man they respected and valued.

Because the lie became reality it was easy to rationalize the fraud – the breach in ethics for both of them.  For Chuck, it was knowing he could pay the accounts back by “borrowing” from another account.  He was maintaining the reputation of his accounting firm and protecting his family from the “mess” that would be created had they not taken the steps into the illusion.  For Chuck, his overspending and personal money management issues would not have set well in an environment where people trusted him to manage their money.  Certainly if his clients knew about his money issues, they would not trust him to manage their money.  For Stapels, the journals preferred “sexy” results and providing those ensured his being published and recognized.  Neither felt they could let down the people in their lives by the truth and it then became easy to live the life of the lie believing its reality, then to live the life of the truth knowing it would not give them the outcome they sought.

In both cases, they didn’t see it as a breach of ethics or were so blinded by their respective illusion that the truth was impossible to see.  The lie was their life and in their mind their ethical responsibility was to maintain the illusion which to them was reality.  Each managed to live out their illusion without conflict or consternation comfortable in the choices they made until one day, the illusions shattered as they often will and the reality of their fraud came home to roost.  The very thing that they were avoiding actually came to pass three fold.  They could not find a way to continue managing their lives as they have been and both faced public disgrace.  Chuck’s crime resulted in a prison term.  Stapel’s fraud resulted in every research experiment conducted being scrutinized and having it publicly exposed.  They both lost everything they thought they valued and had to face the consequences of their choices.

Through years of healing, they have come to the other side of their journey.  Yet, the reality of the addictive quality of lies will always remain with them.  They no longer struggle with defining their value and worth by external perception.  They are living authentic lives with self-integrity and that is foundational to maintaining abstinence from the lie.