Kiera Wilmot and the Ethics of a Science Experiment – Common Sense Rules!

Early in May 2013, the headlines blared an interesting ethical challenge across the internet and newspapers. A 16 year old student, Kiera Wilmot was charged with felonies stemming from a science experiment.  A science experiment creates an ethics challenge and a test of good ole common sense. 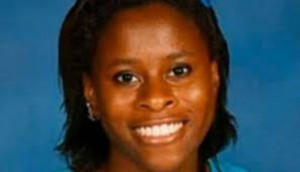 On April 30, 2013, Kiera conducted a science experiment in the school yard. She heard from a friend that if she took toilet bowl cleaner, wrapped it in aluminum foil, and placed the foil in a bottle, it would produce smoke. She experimented; not only did it smoke, but it made a popping sound that caused an assistant principal to rush to the “crime scene.” The teenager had apparently violated a school conduct code and she was placed under arrest. She is being charged with bringing a bomb onto school property.

From the outset, she has been honest and forthcoming. The substance was toilet bowl cleaner her mother uses all of the time. She meant to hurt no one and that is why she conducted her experiment in an open field. She messed up, and she has accepted and admitted that. It was not good enough.

The administrators at Polk County School issued a statement. Here is part of their explanation for having Kiera arrested:

“Anytime a student makes a bad choice it is disappointing to us. Unfortunately, the incident that occurred at Bartow High School yesterday was a serious breach of conduct. In order to maintain a safe and orderly learning environment, we simply must uphold our code of conduct rules…”

Arguments rage on both sides of the issue.

There are those who view “the administrators” as nothing more than low-level bureaucrats who have long ago reached their levels of incompetence. People are very angry at them, from her friends and relatives right up to the scientific community. But I am also certain that some of the administrators will argue that times have changed. They believe they are trying to maintain a safe environment.

At the same time, there are educators, scientists and indeed, entire agencies pleading with America to train more girls and boys to go into the sciences. They talk about two gaps; a gender gap in terms of scientific studies and a gap between America and the result of the world in terms of the total number of scientists per capita. We are told that America has fallen seriously behind.

What will happen to the Kiera Wilmot’s when “administrators” confine the curiosity of our children to such an extent that they will lose their scientific drive?

In all of the arguments, both pro and con in this case, I have yet to see an ethical examination of the issue.

For example, did the administrators ever review the policies on “explosive or dangerous” devices with the students? In their press releases, they talked of zero tolerance (a rather difficult concept in any ethical argument), but did the students themselves understand the argument? It is well and good to say, “We have a zero tolerance policy.” But was the policy ever explained? Was there a test? Was there a review course? Was there even a question and answer session?

We, as adults, might appreciate that zero tolerance includes the prohibition against allowing toilet bowl cleaner to fizz in a bottle, but does a 16 year-old who was simply curious?

Were programs initiated to teach that playing around with toilet bowl cleaner in the schoolyard was akin to bringing a gun or knife or pipe-bomb to school? I am not being a wise-guy here; I understand the seriousness of the issue, but I am an adult.

This leads me to another ethical discussion. The principal acknowledged that Kiera is a good student who never got into trouble. Is the teenager not allowed one mistake? Is the bureaucracy so inflexible that it cannot allow a case by case consideration? Is there no middle ground between a student fizzing Drano in a bottle for an experiment and a student bringing a weapon into a classroom? Given the current levels of understandable fear in America, I am sure that 99.9 percent of all parents would never let their child have a loaded gun at school; but a small amount of Drano? Who even thinks of such things?

Why should America Worry?

This argument is not about Kiera Wilmot per se. I believe she is guilty of being young, silly and naive. I can well understand that she might have accidentally hurt herself or another student. I believe she deserves a fair punishment, but to let the punishment fit the crime.

I cannot, for the live of me, paint her as being a malicious person. Nor, I believe, can the administration. They seem to want to apply the same set of laws to a child interested in conducting a scientific experiment, as they might to a child maliciously entering a school with a loaded handgun.

Again, I am not defending Kiera, so much as suggesting that the ethical considerations in meting out punishment need to be applied with a degree of wisdom.

This child was not a stranger to them yet in applying their absolutes, they view her as only as the worst kind of offender; as an adversary and a criminal. They have shamed her, shamed themselves and their school district,

The administration knows all too well know that they have the ability to halt this “circus of absolutes” in its tracks.  They could punish the young teenager fairly and within the school system and teach her the error of her ways. But they won’t. Instead they will march her into court of law. In the end, they will have proven nothing and to me, that epitomizes the most unethical of all decisions.

They will punish to satisfy their egos. When America is led by its ego and not its curiosity, common sense and compassion, no one wins.

NEWS FLASH…as this blog is being posted there is NEW NEWS on this story.  The State Attorney’s Office announced this afternoon that she will not be prosecuted, reports The Orlando Sentinel.  “The pending case has been dismissed. No formal charges will be filed,” read the office’s statement.