Ethically Speaking – Should I Care What My Doctor Thinks about Me?

Author Joshua Prager writing an article for CNN (July 1, 2013) entitled: Find out what your doctor really thinks about you, raises some interesting arguments. Mr. Prager, himself a patient who endured years of medical treatment, details his medical odyssey to learn more about his treatment and offers several insights. 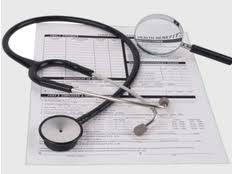 Most Americans, indeed a whopping 99 percent of us, don’t realize that we have the right to read our medical treatment files. This right was guaranteed in 1996 with the passage of the Health Insurance Portability and Accountability Act. According to the article, in 2010 researchers at Harvard Medical School advised 20,000 patients of the right to read their files and of those who took advantage of the opportunity, 81 percent felt more in control of their wellness and 69 percent became better at taking their medications.

Not surprising, virtually every patient wanted the right to continue to read their records. And also not surprising, most all of the physicians were initially reluctant to grant their patients access. This sets up an interesting ethical discussion.

Is it ethical for a physician to share what he or she thinks about their patient? If I pay my physician to help me in maintaining, as well as improving my health, it stands to reason that I am interested in their opinion of my request and that the request is noted.

It is not a secret that eight years ago, I was diagnosed with prostate cancer. Robotic surgery was the treatment of choice and by all accounts it was successful. Now some eight years later, I approached my physician about the possibility of increasing my levels of testosterone. My physician was opposed to the therapy and suggested that we explore my desire for hormone therapy in order that I understand the potential impact that it increased testosterone levels might have on me in the long run. His thoughts were certainly valuable and ethical.

However, I prefer that he include our conversation in the file so that should I change doctors if I were to move or he to retire, that there would be some record of our conversation to provide future health care providers access to the history of my treatment.

What both the researchers at Harvard and in a follow-up study at the Portland VA Medical Center concluded was that the more transparent the physician-patient relationship, the better.

It is felt that with better access to records, patients and physicians will have the ability to collaborate, thereby building an interactive file. Clearly, we live in an interactive world; we rate restaurants, ask for help online, build interactive platforms and take surveys. Why not add comments to our medical files?

Therefore, my question about testosterone would be included in my file along with physician comments. But it could be any number of pieces of information; for example, the fact that my arm swelled up after a bee-sting while I was working in my garden or that I broke out in a rash after eating scallops! Certainly, in this digital age, input on both the part of the physician and patient creates a better patient model.

The one problem in this scenario will be an ethical one; as mentioned above, only 1 percent of patients understand the law allows them access to their records. Unless, an effort is made to advise patients of this right, we will never move forward into a realm of interactive patient histories and treatments. Let’s face, it, many patients are thoroughly intimidated by this process, by their physicians and by the very people in the medical offices.

If anyone were to advise patients of their rights to view their records, it would be or should be the staff of the physician’s offices. I have not experienced such a voluntary sharing of information, have you?

Aside from the fact that it is law, I am very impressed that patients want more control, but more so, that it will lead patients to taking better care of their health.

Far from diminishing traditional physician authority over patients, it will lead to patients being more comfortable and more free to express their concerns and possible symptoms.

What physician would not want that as an outcome?

Sports Ethics – What Needs to Change in Professional Football?

Sports Ethics – What Needs to Change in Professional Football?