I am a student of history and I live in the south. There are images and symbols such as the Confederate flag and people smearing on blackface that resonate deeply and with great pain. In all seriousness, I believe the south has dealt much more honestly and openly with these symbols than the north. 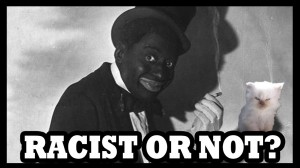 It was more than with a little bit of disgust that I read of four students at a Long Island, New York Catholic High School (St. Anthony’s High School, South Huntington) getting expelled for putting on blackface and draping themselves in the Confederate flag.

To his credit, the principal, Brother Gary Cregan, expelled the students after initially suspending them. In a statement, Cregan said:

“The use of any symbol, either historic or current, which carries a meaning designed to revive past injustices, or to inflame discrimination or racial intolerance is completely unacceptable and profoundly offensive. The students responsible for this hurtful conduct have been treated in a very serious disciplinary fashion.”

Numerous articles have also quoted Cregan as telling parents to teach the seriousness of these symbols.

Unfortunately those who should be teaching ethics at home; parents, grandparents, family friends – even neighbors have abdicated their responsibilities. This is not just on Long Island, but across the nation. Those who have abdicated will claim too much stress; too much going on in their lives; too much watching Honey Boo-boo or the Kardashians – take your pick. They won’t talk about past injustices or race or religious intolerance because, after all, in many households the kids are dictating to parents.

After the expulsion, a parent was quoted as saying to WABC News: “I understand it brings up bad feelings but people do have the right to express their opinions whether we agree with it or not.”

In my opinion, the parent is an idiot. I should also not leave out the response from the New York Civil Liberties Union (as told to WABC News): “Our motto is more speech, not censorship or punishment, to help children understand the impact of this patently offensive expressive activity.”

In my opinion, they are idiots too. They imply an absence of consequences and they almost imply that what was done was acceptable.

Sorry everyone, these were stupid, insulated children who were not taught right from wrong. These were not people expressing a political point-of-view or a thought out protest. They are spoiled, pampered little twits. I am not advocating a public paddling (though it’s tempting), but just out of curiosity what would be the “at home” consequences for these kids? My guess is “not very much.”

Brother Cregan has taken a stance. He has done something that the parents of these children have refused to do – to be parental. He has shown that stupid decisions lead to dire consequences. I only ask that he stand his ground.

But he won’t – unless

I expect the parents of these teenage babies will “lawyer-up.” They will bleat and moan and hold their breath until their children are re-admitted. I expect there will be pressure to take the kids back; after all, they will argue they are just kids. So, if they are kids, where are their parents? Who is raising them? It comes full circle to Brother Cregan. He is the one person in this scenario who has not abdicated his role.

“You don’t undertand,” I imagine one of the parents saying, “he/she is a good kid.”

“But are you a good parent? How do you teach ethical behavior?”

They might respond that teaching ethics (that kind of stuff) is the school’s responsibility. OK then, let them teach.

The Ethics of Selfies in the White House

The Ethics of Selfies in the White House