Lindsey Graham and the Ethics of Judgment

By Chuck GallagherJuly 1, 2015 No Comments 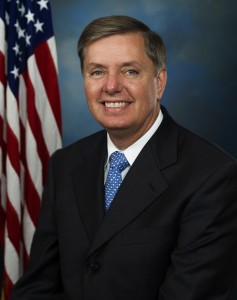 Normally, I can’t say that I gush over political commentary, but CNN political commentator S.E. Cupp helped to encapsulate something for me I’ve been feeling for quite some time. In her piece for CNN (June 5, 2015) “Yes, Lindsey Graham is a bachelor. Who cares?” Cupp starts to explore the topic of tags and labels and she is spot-on the money.

As a disclaimer (I guess, another tag), Cupp is a Republican, Conservative and female. Lindsey Graham is also a Republican and Conservative – with a slight wrinkle: he is a bachelor and is considering a run for president. At this point I had better introduce a few facts:

The two facts above suggest (to me at least), that many of our political couples; mayors, governors, congress people, senators, ambassadors, cabinet members and presidents probably can’t stand each other. If we close our eyes and imagine, I am sure we can think of a few married politicians who probably loath the site of their partners. Yet, it is what we have come to expect.

“America elects not only a president but also a first family and a first lady. You have a little bit of an image problem there because he doesn’t have a wife and kids at home. I think that’s one thing that’s really different, and I think harmful frankly.”

As Graham is considering a run for the presidency, there are those lurking in the weeds wondering why he never married. He is 59 now, and statistically, he will probably never marry. Should we hold that against him? Should we assume he will be more inclined to other political stances because of his marital status or is he suffering because we like to put labels on people?

“Whether it’s Barack Obama’s race, Hillary Clinton’s gender, John McCain’s age or Mitt Romney’s faith, purveyors of identity politics (on both sides of the aisle) say these things will inform — for better or worse — their policies, should they become president.”

She raises some great points about the labels and tags we put on people. As someone who concerns himself with ethics, it also tends to bother me a great deal.

Quite often, many of us judge politicians not by what they do, the legislation they’ve passed or the positions they take, but by how they look, their religious affiliations, their gender or their marital status. It leads to some rather troubling conclusions.

For example, does the fact that Barack Obama is of mixed race birth (whatever mixed race means) make his positions unacceptable to both black and white America? I would tend to doubt that. Does the fact that Hilary Clinton is a female of the species make her incapable of understanding the plight of a man who is out of work or a man suffering from prostate cancer?

If a politician is physically fit, but in his late 70s or early 80s, render him or her incapable of deliberating an education bill? How about if a politician is Mormon, Jewish, Muslim, Buddhist or nothing at all? Does that render her or him unable to act on legislation affecting religious tolerance?

While we all carry the influences of our upbringing around with us, from an ethical standpoint I refuse to believe that such influences define us or that we are incapable of seeing another point of view.

Maybe a small example, but here goes: In my part of the world, South Carolina, there have been terrible layoffs from industries such as the textile and furniture industries due to foreign competition. Does that mean I am incapable of feeling for folks in New York State or New England who have been similarly forced out of jobs in the foot wear, knitting and automotive parts industries? I should hope not.

The ethical point to all of this is that there is a universality to governing a city, a state or a nation.

I have no idea as to why Lindsey Graham did not marry nor is it my business. I would rather judge him by his political decisions. If I were considering him to be my president, I would rather he make his speeches from his heart and say what needs to be said, rather than being locked in a miserable marriage dragging a disgruntled spouse and a group of miserable kids on stage with him.

By the way, I have no opinion on his candidacy – rather I share this post related to the ethics of judgment.

Your comments are welcome.