Many Faces of Fraud – Benita Dinkins-Robinson sentenced to Prison!

By Chuck GallagherNovember 1, 2015 No Comments
Do good for others or line you own pocket – that seemed to be a significant question for Benita Dinkins-Robinson, a form charter public school director, who was sentenced to 3 1/2 years in prison for stealing $1.56 million in federal money that was to be used for to help educate the children she was hired to serve.

“She was supposed to help children who were needy children, who had a lot to gain from a good education,” U.S. Judge Terry Wooten said just before pronouncing sentence on Benita Dinkins-Robinson shortly after 6 p.m., near the end of a nine-hour hearing at the federal courthouse in Columbia. 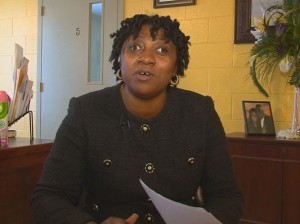 According to a new report:

Over five years, more than $5 million in state and federal funds flowed into Dinkins-Robinson’s charter school in Bishopville, and she siphoned $1.56 million of that money out to those corporations, Bitzell testified Tuesday. It was the first time the government specified a total amount stolen.During her investigation, Dinkins-Robinson had refused repeated FBI requests to produce invoices to show how she spent money, telling the FBI that her companies were private businesses and she didn’t have to tell federal investigators what she did with the money, Bitzel told Wooten.

What was her motivation?

The news reports went on to share that one longtime friend, Betty Addison, told the judge that when Dinkins-Robinson was a child in a family without much education, she begged her mother to send her to Sunday school and then became an outstanding student in high school who liked to help younger students. Dinkins-Robinson then graduated from Coker College, becoming a teacher and principal.

“She taught children other teachers did not want to teach,” Addison said, describing how Dinkins-Robinson set up the charter school in Bishopville, where she had grown up, specifically to help the disadvantaged. “She’s touched so many lives.”

One of Dinkins-Robinson’s lawyers, Eleazor Carter, told the judge that his client had tried to take on too much in setting up the charter school, running afoul of the law when she got into financial areas.

“Her lack of understanding got her in trouble,” Carter said. “She didn’t come to this situation with the intent to start to embezzle.”

No one starts off with the intent to embezzle – well most don’t!

However, Dinkins-Robinson falls into the age old situation that while life is in balance it’s easy to be ethical, but when life gets out of balance we begin to make strange and unproductive choices.  That said, it could be argued that she made choices to help the kids, but when you embezzle over 3/4 of a million dollars and put it in a fund for yourself, one’s motives can be questioned.

What about the School’s Accountability?

Apparently Dinkins-Robinson was able to move millions of public money around with little trouble. Her school in Bishopville, the Mary Dinkins Academy, which later moved to Sumter County, was set up to help disadvantaged children.  No oversight or none to speak of created the opportunity Dinkins-Robinson needed to carry off her illegal scheme.

At her sentencing hearing, a weeping Dinkins-Robinson stood and begged the judge to give her a sentence that would allow her to stay close to her children, ages 8 and about 14.

“I want to be a momma, I will do anything the court says to do,” she told Wooten. “Allow me to be a momma, that’s all I’m asking. I’m no flight risk, I’m not a threat to society. I have dedicated my life to society.”

I’ve been there and know the agony of being sentenced to prison, but

Every choice has a consequence!  When faced with my crime, I, too, wanted to be a daddy, but I had to face the reality of federal prison.  Dinkins-Robinson now must face that same thing.  Her life will never be the same.  She can survive and find a second chance, but it will be hard.  Perhaps her time in prison will give her a new opportunity to serve those that are disadvantaged.  I wish her the best.

For now though let’s not forget that need combined with opportunity that somehow can be rationalized creates the foundation for unethical and often illegal behavior.

Business Ethics: How to make the Right Decisions

Business Ethics: How to make the Right Decisions