This supposed scandal can make us scratch our heads. Within just the past month, a friend’s wife traveled to Costa Rica to a dental surgeon to get a beautiful mouth of professionally crafted bridges and an implant. An old high school chum reached out to me on Facebook announcing that he and his wife were crossing the border into Canada to get new prescriptions and (sadly) another friend took his wife to Argentina to get treatment for her Stage-IV ovarian cancer. While I am neither endorsing nor disdaining “medical tourism,” I understand and empathize. Mark Fleckner: Crook or ethical lightning rod advocating for affordable medication.

Not only have medical and dental costs spiraled out of control, but the FDA is absolutely slothful in approving new drugs and treatments in broad use in many, highly Westernized, medically sophisticated countries.

With that in mind, let’s talk about Dr. Mark Fleckner. Fleckner is a Board-Certified Ophthalmologist. He was charged with Medicare fraud and must pay nearly $7 million in fines under the U.S. False Claims Act.

He has been charged with administering pharmaceutical products that he had bought overseas. According to the suit, the drugs: “had not (been) evaluated nor approved for use in the United States (“Unapproved Drugs”).  These products included aflibercept (“Eylea”) and ranibizumab (“Lucentis”).”

Fleckner allegedly used these medications to treat age-related macular degeneration or other diseases and conditions of the eye.  He tried to get reimbursement under Medicare, most probably, identifying the drugs he administered as FDA approved drugs. 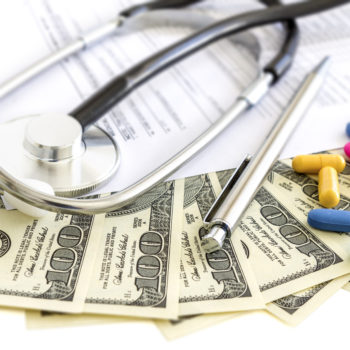 According to the suit:

Ethically, Fleckner may have been both right and wrong. He bought the unapproved drugs because they were less expensive than drugs that were approved by the FDA for marketing in the United States.  He “profited” on the spread between the cheaper drugs and the set rate for equivalent drugs.

However, I have to wonder if the drugs themselves were not more effective? I am certainly not a medical authority but I was able to do a search and found the pros and cons of several drugs used to treat age-related macular degeneration. In addition, the lawsuit claims that the drugs were not approved for use in the United States. Technically, that’s true, but the drugs are used extensively everywhere else. So, why wouldn’t they be in use here?

What is apparent is that in this country the same drugs that Fleckner purchased out of the country are exorbitantly priced. It makes me wonder why.

From what I could glean from the research was that head to head comparisons of the drugs was difficult because of the expense of the medications versus lower cost alternatives, but the drugs do virtually the same thing.

It brings to mind an ethical dilemma. Given two medications, relatively equivalent in efficacy but perhaps with different ways of treating the same problem, why is one drug so much more expensive in the U.S. than the other?

On one hand, we see pharmaceutical companies hauled before congressional hearings, wringing their hands that they have no choice but to make ungodly profits, and on the other hand Americans by the droves are finding the same or similar drugs for much-reduced pricing the minute they cross the border.

In this way, Dr. Fleckner is a lightning rod for all kinds of ethical discussions. He participated in two crimes (that is true): buying technically “unapproved” drugs for treating patients and profiting from the difference between what he could buy the drugs for, and what Medicare could pay.

Suppose, for the sake of an ethical discussion, he had purchased the virtually identical drugs out of the country and had passed along the savings to his patients? How might have the government reacted to that? It is hard to say but I suppose it would have been the standard knee-jerk reaction. Mark Fleckner: Crook or ethical lightning rod, until we have a sane system of healthcare and pharmaceutical pricing, there will be many more opportunists like Dr. Fleckner.