By Chuck GallagherApril 26, 2020 No Comments

The experts are now condemning the “Anti-vaxxer” community for helping to fuel the current measles outbreak. In 2019, the number of measles cases in the United States has risen to nearly 600. It is ironic considering that the disease was all but eliminated in 2000. Measles outbreak causes concern in unvaccinated communities

According to health authorities, the method of transmission appears 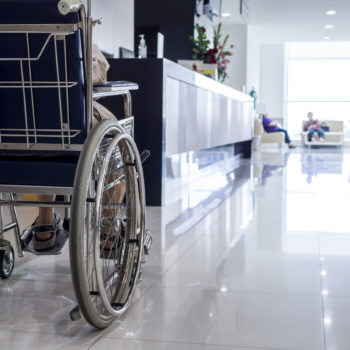 to have originated with travelers returning from countries such as Ukraine and the Philippines. The states predominantly affected are New York, Washington, California, New Jersey, and Michigan. Not surprisingly, these are areas that have large numbers of people are unvaccinated, with about 55 percent of the cases stemming from unvaccinated pockets in New York City. Rockland County, a wealthy area to the north of New York City has reported nearly 200 cases.

WHO Reports: The Poor and the Privileged?

According to the World Health Organization, “the world was experiencing outbreaks, both in poor countries with low vaccination rates such as the Democratic Republic of Congo and wealthier countries.”

Dr. Saad Omer, a researcher at the Emory Vaccine Center in Atlanta, called measles an “unforgiving disease.” In 2017, measles killed close to 110,000 people worldwide.  Again, according to Dr. Omer, “The size and spread of the outbreaks this year do not come as a total surprise, because vaccination refusal rates have been rising in the United States.”

In 2016, Dr. Omer wrote a paper warning of an epidemic of measles on unvaccinated U.S. school children. It raised concerns and recent articles have been written relating to how formerly anti-vaxxer parents are starting to re-evaluate their positions. The issue is raising some important ethical issues that are causing concern in medical and legal circles.

Of the poor mainly in Third World countries, vaccines are either impossible to access or are financially out of reach. In the U.S., in pockets such as California or the New York suburbs, to not vaccinate is largely a choice.

Whatever the reasons that a percentage of the more affluent choose to not vaccinate their children borders on, but doesn’t quite reach the unethical level except for one glaring legal concern. Should an unvaccinated child contract measles and winds up with permanently damaging side effects (and there are several), does that child have the right to sue the parents? While it is a legal argument, there is the ethical component of the parents having a choice and damning the consequences, proceeding to not vaccinate the child anyway. One additional add-on to this discussion is if an unvaccinated person comes into contact with an unvaccinated child. Do the parents have recourse if the child comes down with a bad case of measles? However ethically, what else is in play here?

Of the growing number of cases of measles in unvaccinated children, if the parents of those children purposely refused vaccines for their children, who is responsible for paying for their medical care? Should insurance companies pay, knowing full well that the parents signed a waiver against immunization? Should we, as taxpayers pay, through government medical coverage?

I am not debating as to whether vaccinations are a good or bad thing. I am remaining neutral in that part of the discussion but ethically, if a child whose parents are adamantly opposed to immunization have a child who winds up in intensive care in a hospital, who foots the bill? Has this scenario been fully investigated?

Yes, we are in a situation here where parents are exhibiting a personal choice, but how far are they willing to go with that choice, and what do they expect from the rest of us? In 2015, the CDC related that about 1.3 percent of children under 2 had not received measles vaccine, though the immunizations are about 98 percent effective. I can understand how some parents might play the odds, providing all of the children in their peer group are vaccinated or conversely, in a tightly-knit group, where no children are vaccinated.

So far, the odds have been pretty good but now, as the disease is literally at a tipping point, how long can the odds be played, Measles outbreak causes concern in unvaccinated communities