By Chuck GallagherApril 30, 2020 No Comments

Worldwide, the CNP problem is huge. In 2017, losses were about $24 billion. By 2022, it is projected that it will rise to about $35 billion. An area ripe for CNP fraud is the worldwide,

By 2023, the aftermarket business will annually exceed a trillion dollars with a compounded rate from 2019 on, of about 19 percent per year. It is being fueled by e-commerce where, no surprise, it is not necessary to physically present a credit card. Most people who order online from both legitimate and fraudulent businesses are do-it-yourself folks and small businesses, however, they may also be fraudsters using stolen cards who see it as a goldmine. 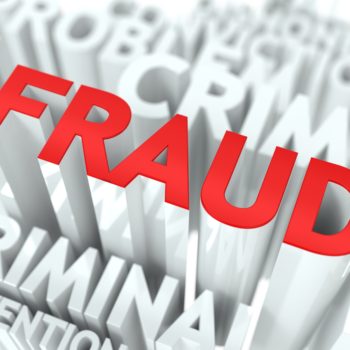 The fraudsters making the most money from CNP transactions are coming from organized crime syndicates who then sell highly desirable parts often in lots of several pieces. A brake light from a 2008 Toyota might not catch their attention, but stolen lights from a 2018 BMW have huge possibilities.

The crime syndicates will re-sell the used parts to corrupt distributors, shady middlemen operations, and in turn they re-sell them to auto repair shops or to parts departments or sales may go direct to shady repair shops. The mark-ups may be much less than repair shops might pay for legitimate new parts.

Since these crooked middlemen are using someone else’s credit cards, they don’t much care about shipping, product costs or inventory expenses. If they can get a couple dozen highly desirable Honda Civic parts, they’ll go for it. By and large, the consumers won’t know the difference. It is up to the vigilance of legitimate auto body parts distributors, repair shops and service stations to keep fraud at bay.

Vigilance is a Matter of Ethics

For busy operations, it is essential to keep close tabs on order values and shipping costs. During peak seasons, business owners are much more susceptible to fraudulent business practices. In peak season the mix of orders can be overwhelming. One key for merchants is to outsource their manual reviews where experienced, well-trained reviewers spot fraud and interact with merchant customers to notify them of transactions that appear to be fraudulent. With the sharp increase in online auto parts sales, fraud rises as well.

Why would fraud be as prevalent as it is? Because unethical dealers and distributors see an opportunity to buy stolen parts and then re-sell them as a legitimate transaction. It is a house of cards, of course. When credit transactions start to get declined, the enforcement people get involved and everyone can get burned.

The ethical need here is obvious. If a job lot of expensive parts from stolen vehicles is purchased on the open market with fraudulent credit cards, huge profits result when the part is again resold. The rationalization is obvious as well, albeit highly unethical. Ultimately, everyone is banking on the fact that the ultimate consumer (most of us), will not be able to tell the difference between a slightly used (stolen) part and a new part. Thus, card-not-present fraud sweeps automotive industry.

The key to all of this is ethics. If the industry, dealers, distributors, and suppliers are ethically trained so that they subscribe to, and abide by a code of ethics, much of the fraudulent activity will cease. If consumers press online sales organizations to abide by a code of ethics, even more, will cease, and clearly if legitimate suppliers ensure the credentials of their commercial buyers conform to ethical standards, the potential for fraud will decline even further.