By Chuck GallagherMay 1, 2020 No Comments

The U.S. fitness industry had 2018 revenues of more than $32 billion, continuing an annual growth trend of 3 percent to 4 percent. The industry has been fueled by increasing insurance costs (insurance companies love healthy people), natural foods and supplements and a growing mix of low-cost gym options with fancier boutique clubs and fitness centers. What are the puzzling ethics of the fitness industry?

Yet, the fitness industry is not without its dirty little secrets in terms of ethical culture. Aside from the issue of contracts and fees are the recruiting tactics themselves. For example, some clubs like to recruit through various body shaming (or fat shaming) tactics, knowing full well that those tactics don’t work.

For example, in a 2013 scientific paper of 6,500 people entitled Perceived Weight Discrimination and Obesity, found that: 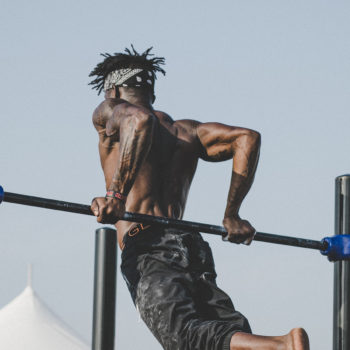 against by “fit” members. In May 2018, a paper entitled: Discrimination against Obese Exercise Clients: An Experimental Study of Personal Trainers, was presented that again underscored the fact that personal trainers are biased against those it perceived to be normal looking or obese.

In short, though many clubs recruit using tactics shaming potential clients at the same time having a bias against anyone perceived to be to less than hard-bodied and fit. Other studies and stories also point out bias against age, race, sexual orientation and disability.

Despite all of the posturing and slick advertising, many health clubs and/or those they employ have an overt or hidden agenda when “welcoming” those who are less than poster models.

Given this information, I am not at all surprised by a news story involving a Tourette Syndrome named Josh Ertter who was recently thrown out of a Planet Fitness, fitness center in February 2018. Ertter, sensitive to how his involuntary noises and movements might alarm others, fully informed club personnel when he entered the door. He was asked to leave a few minutes later after some members complained.

“I was humiliated,” said Ertter. “Everyone has a cross to bear, and [Tourette’s] just happens to be mine. This something I cannot control, and trust me I swear if I could stop I would, I don’t enjoy doing this.”

What is “hilarious” about this is that Planet Fitness describes its gym locations as being “The Judgement Free Zone.” The Planet Fitness chain is nationally franchised. A public relations representative for the chain came out with an apology following the media pick-up of the story.

“We sincerely apologize for the unfortunate incident that took place at our North Fort Myers club…a staff member enforced a company policy in error. While the staff’s actions were not malicious in their intent, we are working closely with the franchise owner to reeducate the staff on our current policies and protocols…we have also contacted this guest directly to personally convey our sincerest regrets.”

Josh Ertter has decided to not bring any type of legal action against the club, though his initial instinct was to hire a lawyer. He has taken a much classier approach in that he is going to use the incident to create greater awareness. The club is allowing him to speak to trainers and managers about the disease.

The fitness industry is one of mixed messages. While they seem to want to include everyone, in practice they say, “We don’t want just anyone.” Often, it is not about money, but frequently about image. Online articles abound as to how to pick-up men and women at the gym. Anyone at most any club seeing an announcement for a club social understands the usual implications.

While no one wants to admit it, the deeper, unethical messaging in many clubs is that if a member is less than a perfect in terms of “requirements,” they may be admitted, but they are not necessarily welcomed. This is an ethical consideration as well as one bordering on discrimination and occasionally, sexual harassment and abuse.

The opportunity for many clubs (and I have privately heard this), is if beautiful people join, more beautiful people will follow. The need is money, of course. A person with Tourette’s or an obese member could chase away others, a model will attract them. They might rationalize that “This is the way the world works,” but ethically the world does not look and act that way. It is why laws are so stringent against discrimination.

Is it time for the fitness industry to address ethics training? I believe it is long past due.