By Chuck GallagherMay 2, 2020 No Comments

An interesting ethical, rather than medical debate that has been brewing over the use of the drug Ketamine by paramedics in the field prior to transport of those patients to the hospital. This case may set a precedent for other drugs administered outside of hospital settings in the future. Resulting in the ethical debate over Ketamine.

According to Medical News Today (October 12, 2017), “Ketamine is a medication that is used to induce loss of consciousness or anesthesia. It can produce relaxation and relieve pain in humans and animals. It is…approved for use in hospitals and other medical settings as an anesthetic…Ketamine is safe to use in controlled, medical practice, but it has abuse potential. Used outside the approved limits, its adverse mental and physical health effects can be hazardous.”

The Hennepin Healthcare system is a prestigious group of hospitals and clinics located throughout the Greater Minneapolis area. The main hospital, “HCMC,” is a 485-bed teaching hospital that since 1989 has been designated as a Level I Trauma Center. Naturally, paramedics and EMT’s, employed by HCMC service the community. It is here where the ethical discussion takes place.

The Federal Complaint – The Ethical Debate over Ketamine

In July 2018, the academic, bioethical and medical communities joined together to sign and file a federal complaint that the Hennepin Healthcare system has been conducting research using Ketamine on unaware patients. In doing so, the group of 60 or so ethicists and doctors contend that HCMC has been ignoring medical ethics practices and federal standards that govern pre-hospital medicine.

The group has asked the Food and Drug Administration (FDA) and the Office for Human Research Protection as to the hospital’s right to conduct its own clinical trials using Ketamine. The hospital has involved its paramedics with sedating “ agitated or combative” patients before they are transported to the HCMC facility. This has created a blind spot as well as community outrage.

“Hennepin Healthcare has been conducting studies for years on Ketamine, a powerful sedative that the hospital’s leadership says can be vital when paramedics respond to calls of severely agitated or aggressive people. (It) requires no consent from patients whose data can be used for research but gives the subject the option to opt out afterward.

There are patients who claimed they were not combative at all when administered Ketamine, and though spokespeople for the hospital are quite adamant that the hospital “follows rigorous standards for ethics, quality, and protections for human research.” However, the hospital has apparently declined to release records to the public as to how they safeguard patients or indeed what parameters were used when it was ultimately decided to administer the drug.

Who Minds the Patients?

“The Public Citizen complaint alleges that researchers put these patients at unnecessarily high risk by changing their standard treatment to fit with the needs of the clinical trials. It also accuses the hospital…by allowing these researchers to enroll members of the public into the study without consent.”

The bioethicists and physicians who signed the complaint wonder what other medications or treatments may be in use on patients without their consent.

The hospital’s chief medical officer, Dr. William Heegaard, has defended the research practices as ethical and in line with federal guidelines. Do “guidelines” spell out where those lines are drawn?

Paramedics, nationwide, have stressors on them that many in-hospital medical providers either don’t realize or have not dealt with. Like it or not, in addition to many factors encountered at the scene of trauma or medical call, paramedics also deal with pressure from police officers.

Now, it would be quite unfair to characterize the police/paramedic interactions as always being negative; it is usually not the case. However, there are times when paramedics are pressured or believe they should yield to pressure to comply with police demands. In these cases, to sedate a patient, possibly outside of protocol, to satisfy a police officer’s request to “calm the patient down.” 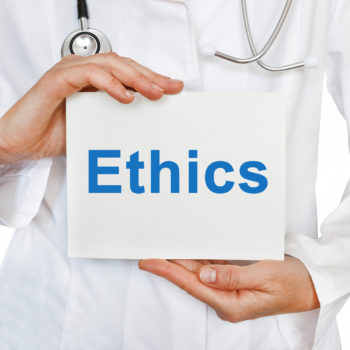 The point is that in some situations, a patient may be given Ketamine simply because the paramedics yield to a demand to calm a patient. The paramedics can always justify they changed their standard treatment to “fit with the needs of the clinical trials.”

The chief medical officer is not on the scene of a patient-paramedic-police interaction, nor do most physicians understand the day-to-day ethical considerations of working in the field.

If a patient is not advised of an “experimental” or out of protocol medication what rights do they, or any of us, actually have?

From the Associated Press article:

Carl Elliott, a University of Minnesota bioethics professor, “…expressed frustration over the hospital’s decision to classify them (the records) as private after leadership repeatedly said they did nothing wrong…The fact that they’re refusing to let anyone see the documents suggests they are hiding something.”

What is Said and What is Implied

“Scrutiny over the Ketamine research comes after the Minneapolis police oversight office questioned whether officers inappropriately urged paramedics to sedate people with Ketamine, in some cases resulting in serious medical complications.” The oversight office is composed of citizens outside of the department.

Were there in fact cases where mildly combative (or even non-combative) patients were in some ways “enlisted” in the field when they didn’t need Ketamine at all? It is impossible to determine from a distance.

Hospital researchers talk of how Ketamine can be a valuable tool for paramedics. They were just doing this study to determine if Ketamine was more effective than sedatives already being used in the field. However, behind the scenes, what were the physicians implying? Was there ambition at stake here? Was it an attempt to push a conclusion and a protocol ahead of more rigorous study?

This is another ethical blind spot. What parameters were experienced clinicians using to compare one form of sedation to another? An emergency room physician at Hennepin Healthcare was quoted as saying: “Anytime that we interact with EMS about this, we emphasize to them, crystal clear: In no way is the study ever to increase the number of sedation…We want to observe normal, usual sedation practices.” That may be true, but it is also a statement fraught with numerous interpretations.

Though it might be a bit more expensive to employ, what would be the harm of clinicians and toxicologists riding along with paramedic units to observe Ketamine being used in the field, and under what conditions it was used? In this fashion, paramedics would be specifically directed by their medical authority to change sedatives and no one else.

The current sedative in use for agitated patients is a drug called haloperidol. According to the research that appeared in multiple sources, while haloperidol did not work as fast as Ketamine, it is decidedly safer. Apparently, Ketamine is about 10 times more likely than haloperidol to cause breathing problems. It leads to a troubling ethical question.

If Ketamine is used “experimentally” in the field and a patient expires, who shares in that ultimate responsibility? Is it the physician who is far removed from the situation and scene, or is it the paramedic asked to make a decision either under duress or to satisfy a request to fit a protocol?

Bioethicists who are concerned about patients being given drugs out of protocol, and without their consent, raise many important points about what is best for patients and those who initially attend to them. Paramedics are asked to do the right thing, and in most cases they do, but in this situation, what is the right thing? The ethical debate over Ketamine, that could be the biggest blind spot of all.