Taken at face value, I suppose it is possible to find some humor in this story of two cafeteria workers from New Canaan, Connecticut who decided to develop a side scam and not your average lunch ladies

The women, Joanne Pascarelli 61, and Marie Wilson, 67 were cafeteria managers in two different schools in the public-school system. Ms. Wilson worked as the assistant food director at New Canaan High School. Under Ms. Wilson’s supervision, $350,000 was allegedly stolen from 2012 to 2017. The scam at the high school was designed so that the cashiers collecting money did not have to count the money between the shifts or at the end of each day, rather Marie Wilson insisted on counting the money herself.

Ms. Wilson’s sister, Joanne Pascarelli worked a similar scam at Saxe Middle School, which had a shortage of $127,000 over the same time period. 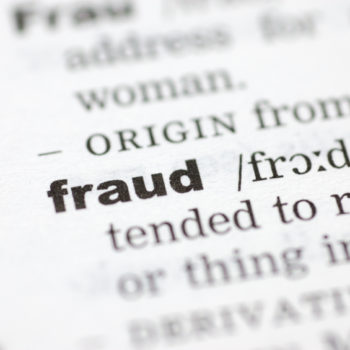 The scam unfolded, in part, because Pascarelli’s co-workers observed her taking large bills from the cash drawers of the registers in the period between lunch servings. They could not figure out why it was being done.

The women resigned after they were threatened with firings. The women adamantly denied stealing anything. When Ms. Pascarelli was caught, she told the police, “I would never take money. I know better than that.”

She accused her co-workers of being liars. The lawyers for the two women have blamed school district negligence and sloppy accounting, but unless the kids have found the food in the cafeterias to be so good that they come back for second’s and the third’s something is really amiss.

After Pascarelli was forced from her job at the cafeteria, the cash intake in the middle-school cafeteria which was averaging $40 per shift, jumped up to about $150 per shift.

“Since it [the thefts] occurred over a long period of time in relatively small amounts, the district was unaware of these discrepancies until it instituted new financial controls specifically related to the collection and depositing of cash in the cafeterias.”

Although the complaint was filed against the two women in December 2017, it did not fully come to light until September 2018. While the school has been reimbursed by insurance, the two women have certainly not gotten off of the hook. They are currently out on bail to the tune of $50,000 each.

Unless there is a magic, coincidence in the air, the two women methodically worked to embezzle at least $477,000 over a 5-year period, and undoubtedly more before that time. The lawyers for the two women also advanced the tepid argument that a half-million dollar is a lot of money, and so where was it? How could they have diverted it? The women didn’t appear to be wealthy, etc.

As we go further into this fraud, the case turns from slightly amusing to quite sad. They may see jail time because of their arrogance.

The lunch rooms were a cash cow. The money came in every day, Joanne Pascarelli and Marie Wilson supervised it, took the large bills after every shift and presumably pocketed a couple hundred dollars every day. It was an opportunity to steal virtually unnoticed. It is easy to “launder” such money on expensive meals, gifts, clothes, vacations paid for in cash and many other luxuries. They could take the money because they were unsupervised.

Once they got a taste for what the money could buy the need to keep perpetuating the scam was well ingrained. Whenever they needed a few bucks, they took it. The only flaw in their (possibly) 15-year scam was their ethical co-workers started to suspect something was wrong.

Why would they carry out fraud for such a long time? It can be chalked up to one word: rationalization. In this case of fraud, the sisters may have believed they were entitled, or that the money would never be missed, or simply that no one would ever miss the money.

Would ethical training have helped? Possibly, if it was reinforced annually and/or given to new groups of employees in the school district. This is not a victimless crime. The money they stole, a half-million dollars’ worth, could have gone a long way to buying supplies, or adding more educators, or even funding athletic teams. Fraud is never victimless; the lunch ladies should have been made to understand that they are not your average lunch ladies.